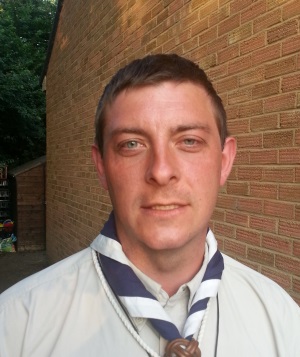 As you have probably heard by now, Richard was involved in a serious accident last month when a tree fell on him as he was travelling to work on his motorbike during the storm at the start of half term.

Since then he has been in Intensive Care at Kings College Hospital whilst they try and stabilise his many injuries before they can transfer him to a specialist unit for further assessment and rehabilitation. So far he has made good progress and we are hopeful he will be out of Intensive Care soon. He will obviously be out of action for quite some time but also, potentially, be a long way from home too. This will place a great strain on him, his children and friends.

Richard has done so much, for so many in his years in Scouting and I feel it would be a nice gesture if we, as a Scout Group, could make a collection in order to do something special to support Richard during his recovery.

We would also like to send him messages from everyone that wishes to. He knows so many are thinking of him but it would be lovely to collect all these wishes together. The simplest way to do this will be to send an email with your message to 4thsevenoaks at gmail dot com, please title the subject “message for Richard”. We will collect them together and ensure they all reach him.

If you feel that you could spare any amount towards our collection, could you please send your donation in an envelope marked ‘Richard’ to our treasurer Jo Brookbank or give it to any of the leaders. I know it would be very much appreciated.

Hi everyone, I have just got back from the hospital to see Richard and the good news is that he has had the tracheotomy removed and is now only on positive air pressure to help support his lungs. He is also due to be moved to a neurological ward tomorrow which will hopefully be much quieter and enable him to get some sleep.

Richard has now been transferred to Pembury, however this will only be temporary until a bed is available at a specialist spinal injuries unit which could be anything from a couple of weeks to a couple of months.  The visiting hours at the hospital are very flexible, and Richard would appreciate anyone relieving his boredom!

Richard is in good spirits and looking forward to being transferred to Stoke Mandeville at the end of the week – he is not a big fan of the food in Pembury.  Stoke Manderville, with its internationally acclaimed spinal injuries unit, is the best place to help Richard with his rehabilitation.  One of his target for 2014 is to be able to visit us on 7Mag7 in May.

No news on visiting arrangements yet.