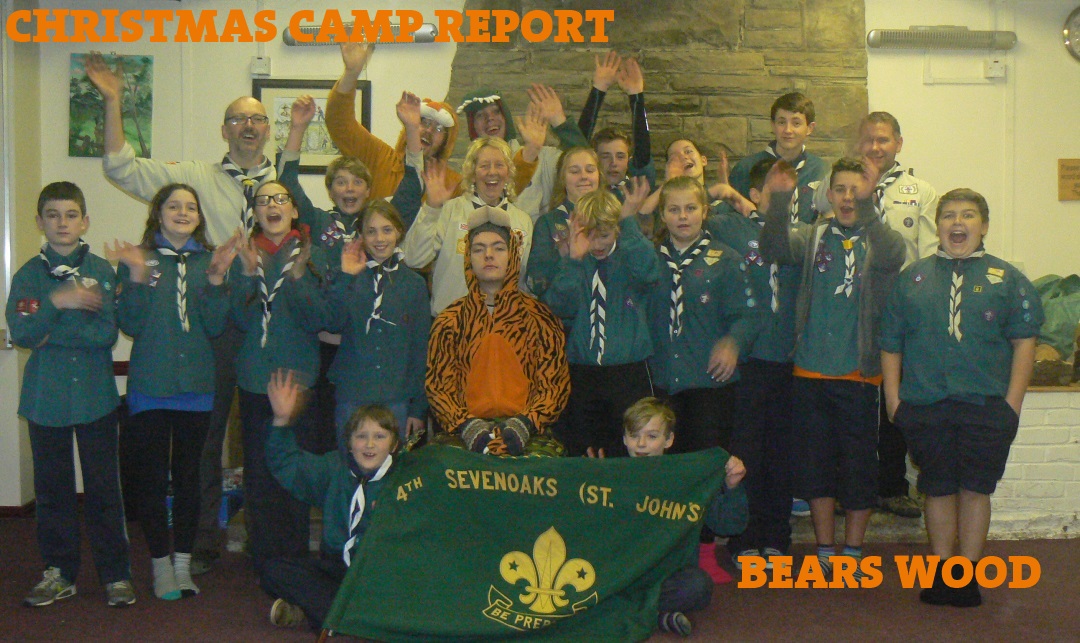 After a surprisingly short journey squashed into the minibus, we arrived at Bears Wood campsite on the outskirts of Croydon on a chilly Friday evening.

There was some initial shock at just how cold it was inside the hut during flag-break and investitures, but the scouts warmed up after they explored the whole site with a game of capture the flag. They were welcomed back to much warmer hall by a roaring fire and mugs of hot chocolate.

One good night’s sleep and a hearty breakfast later, we faced the outside. I think they describe the weather on Saturday as ‘wintery’ – waterproofs were going to be required!

After lunch, the scouts tried the trust wall – where one scout traversed each side of a climbing wall, where each ‘hold’ could only be used on one side of the wall at a time; the assault course and the blind trail (one scout attached to a guide rope, the others blindfolded carrying cups of water).

The whole group played laser-tag until it got dark, before retreating to the hut for some impromptu fort-building in the hall and sock-drying in front of the fire.

We held a Camp Carol-fire round their splendid terraced camp fire circle before topping-up with mince pies and hot chocolate.

Sunday arrived with brilliant blue skies, so after breakfast we went out for a mini orienteering course before even more mince pies, silly games, secret santa and striking camp.