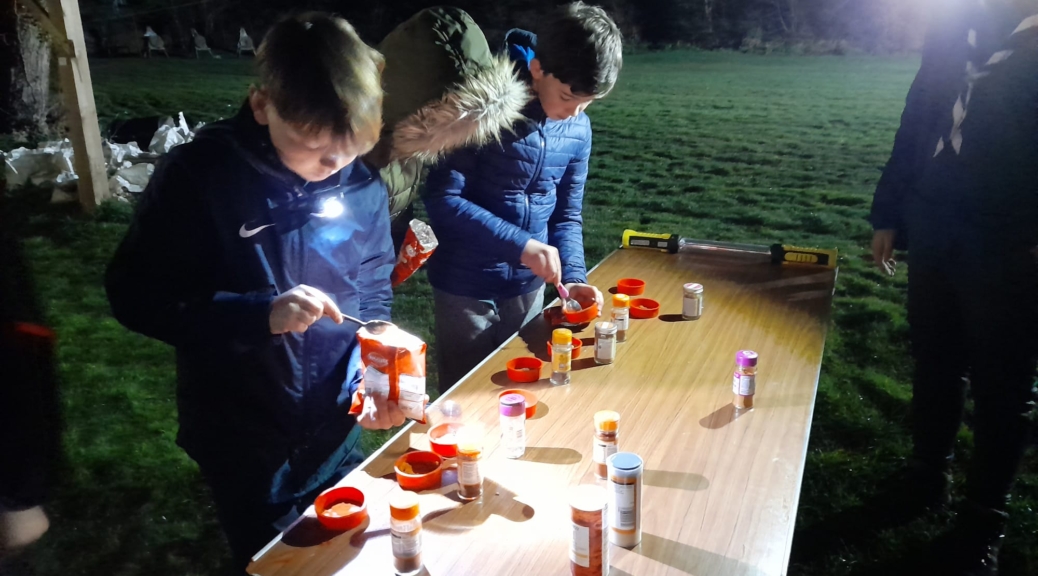 The Scouts from both troops have been trying their hands at Sales, Marketing and Product Development…

They took part in an Apprentice-style challenge to design a new flavour of crisps, to develop it, and market it to the rest of the troop.

Finally, Sir Jason and Sir Emily Sugar made their final pronouncements and decided on winners.

We are not sure that we have found the Next Big Thing, but we did come to the conclusion that cinnamon flavoured crisps aren’t as unpleasant as they sound, and hot-chocolate powder doesn’t go with anything, and definitely not Cajun seasoning…

Should you want to try this with your troop, it was based on this OSM activity 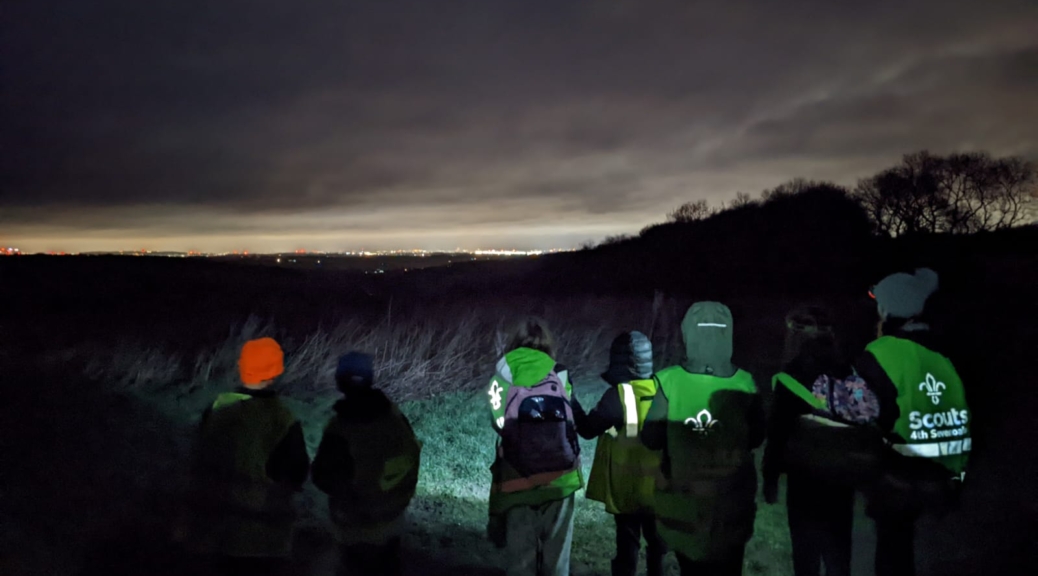 45 Scouts in seven separate groups spent the evening walking the footpaths of Otford and Shoreham on a night-time navigation exercise. Despite the weather trying its best to discourage everyone, they all set early on Friday evening.

Scout teams walked one of two courses, and each course could be clockwise or anti-clockwise, and with or without a leader. We also had a secondary start point at Shoreham Station to give us some more capacity

The main course included Otford, Romney Street, Shoreham. The other one was a little flatter that missed out Romney Street but went further towards Farningham.

All of the navigation was done by the scouts, although the groups with leaders did have someone on hand to make sure decisions were actually being taken an scouts weren’t ‘just following the path’.

The scouts did really well. All the groups finished, although we did have a couple mid-course retirements and one of our (unaccompanied) groups showed itself to be ‘navigationally challenged’ (compare to the actual routes at the top of the post). In the end they walked further than anyone else!

Some of our scouts had a mid-hike sing-song

The night finished with a hot-dog (or two), a mug of hot chocolate and a cookie before bed. 🌭☕🍪🛌💤 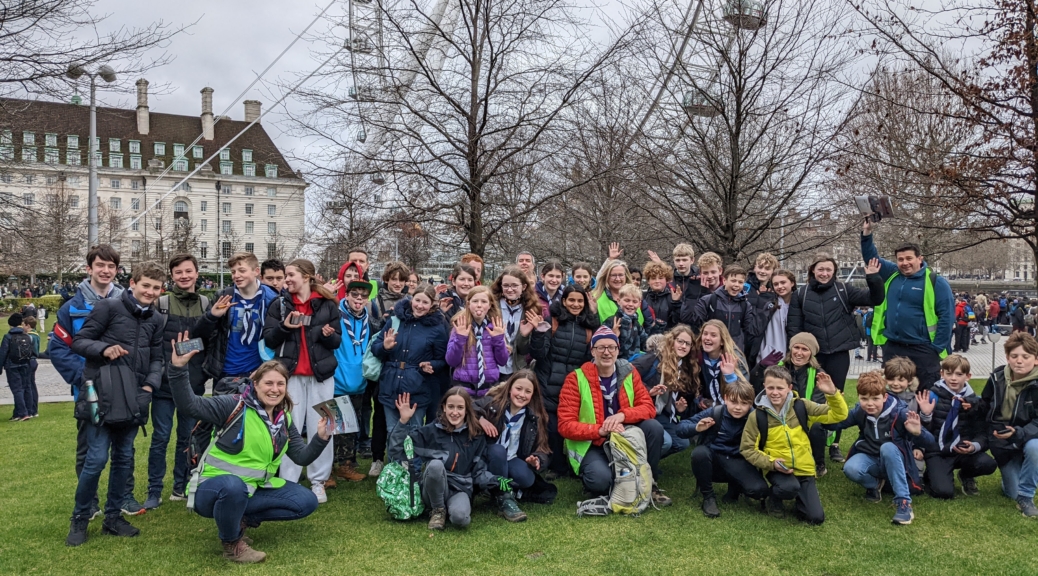 We entered the Monopoly Run for the 5th time this year, this time managing to enter seven teams (with help from Seal Scouts).

The Monopoly Run brings the board game to life as teams of scouts race around the streets of London, trying to be the first in their game to reach a specific location for each square of the Monopoly board. For example, the Jail square corresponds to The Clink prison museum on the South Bank and the location for Regent Street was Hamleys toy shop.

The seven teams were:

By the end of the day we had 42 exhausted scouts and 14 very weary adults. Everyone enjoyed most of the day and everyone left having ideas for what they would do next time!

The scout leaders were extremely please that, above all else, everyone got there and back safely!

The Talent Pool managed to get 5th overall more by luck than anything else. 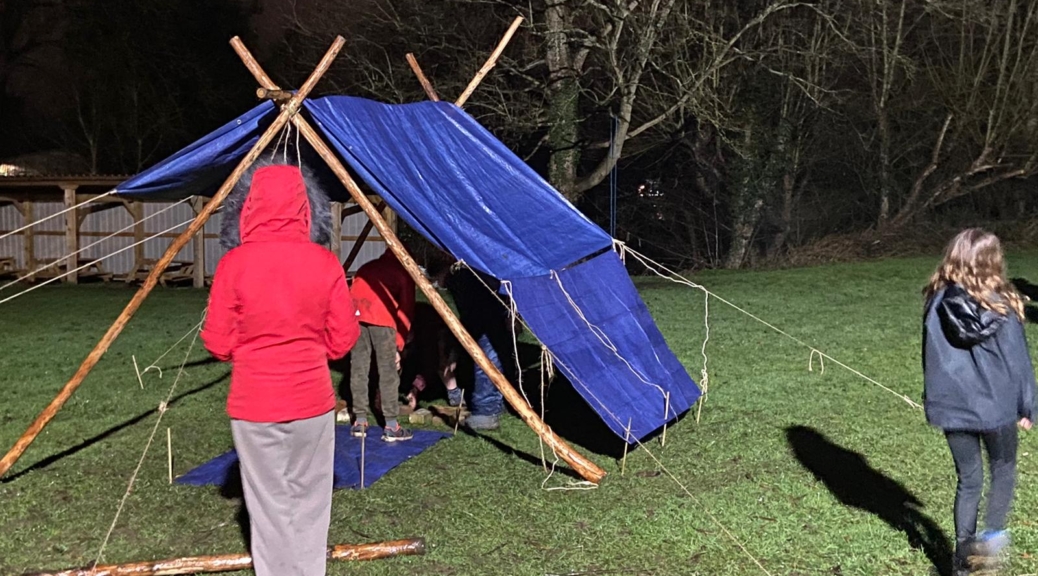 On Tuesday Chapman Troop built shelters with our new pioneering poles to keep themselves out of the weather as they made pancakes.

The scouts designed and built their own shelters and most seemed to work well enough to cook. 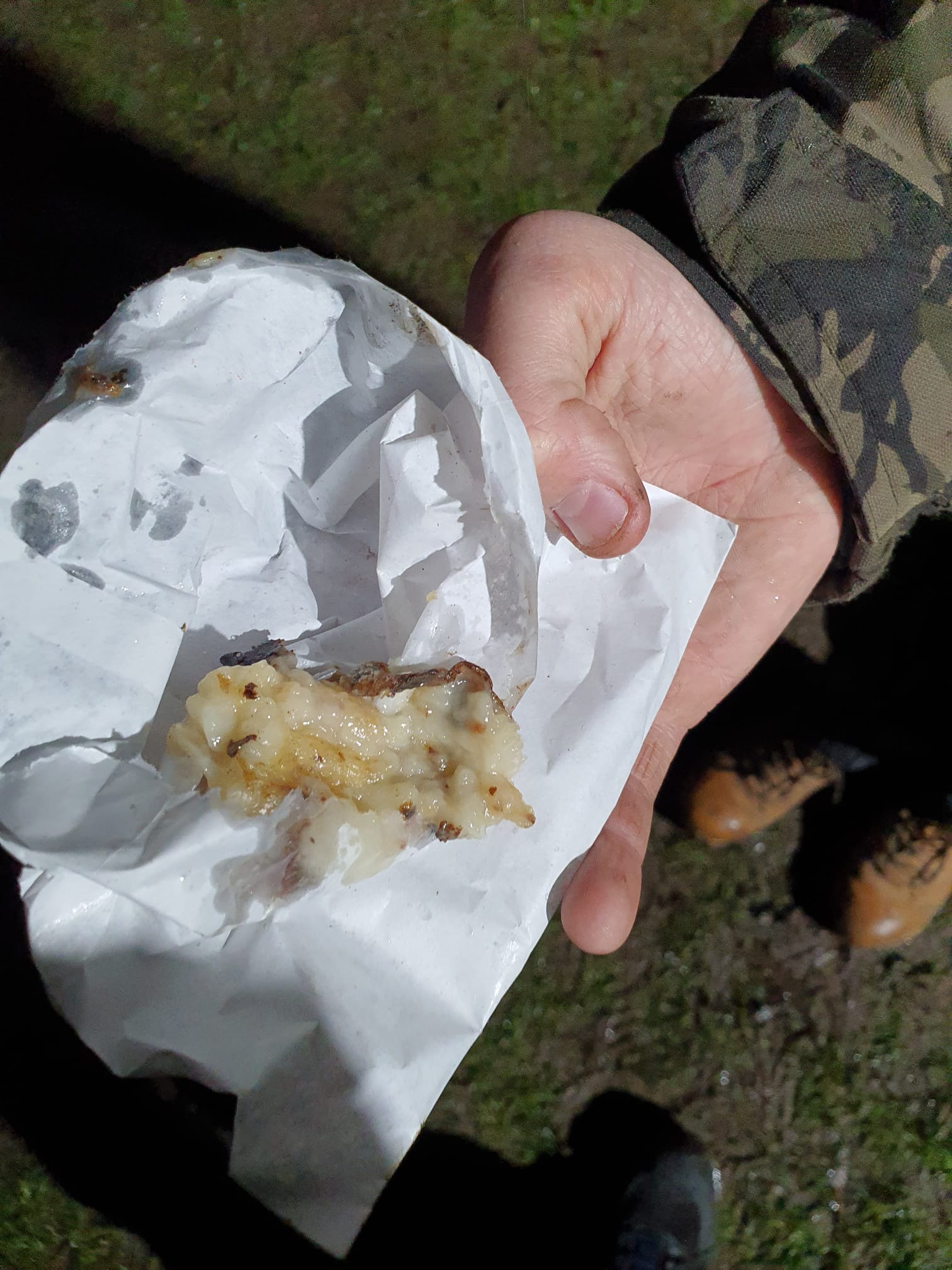 Our ‘pancakes’ may need more practice before next year.. 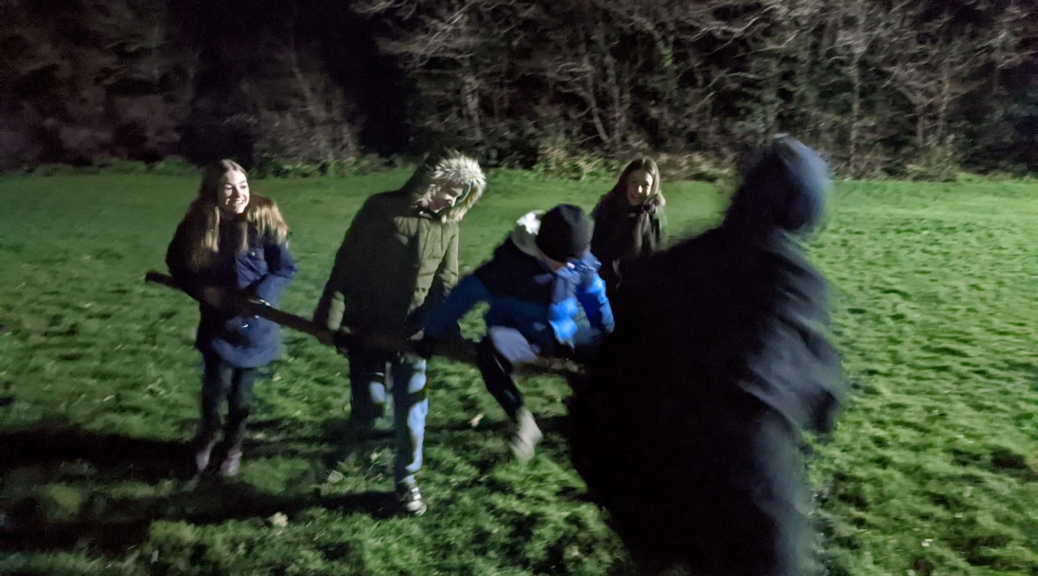 On Tuesday Chapman prepared some of our new pioneering poles before using them to build some basic chariots and racing them.

The first step was stripping the bark off the new poles.

They then got to building their chariots and racing them. Unfortunately everything happened so fast we were distracted from photography and missed that bit!

Not to be out-done, Swift tried their hand on Friday. This time we managed to get some shots of the race too! 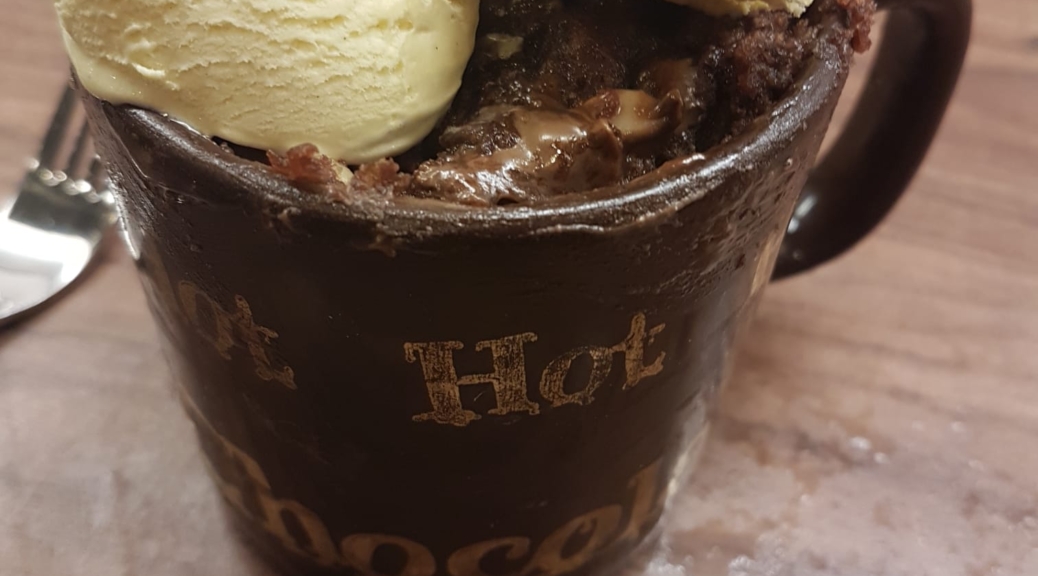 In a throw-back to lockdown, Swift Troop had a Zoom cooking evening!

They managed to make home-made tagliatelle with a carbonara sauce.

They went on to make mug cakes for desert – yum 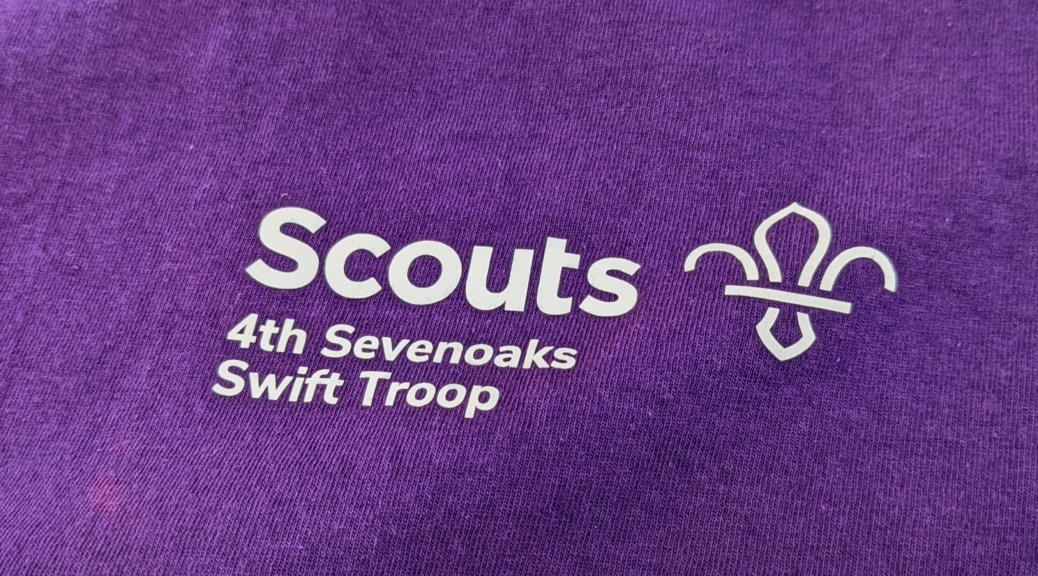 The Scouts have been making our new troop t-shirts their own by customising them. 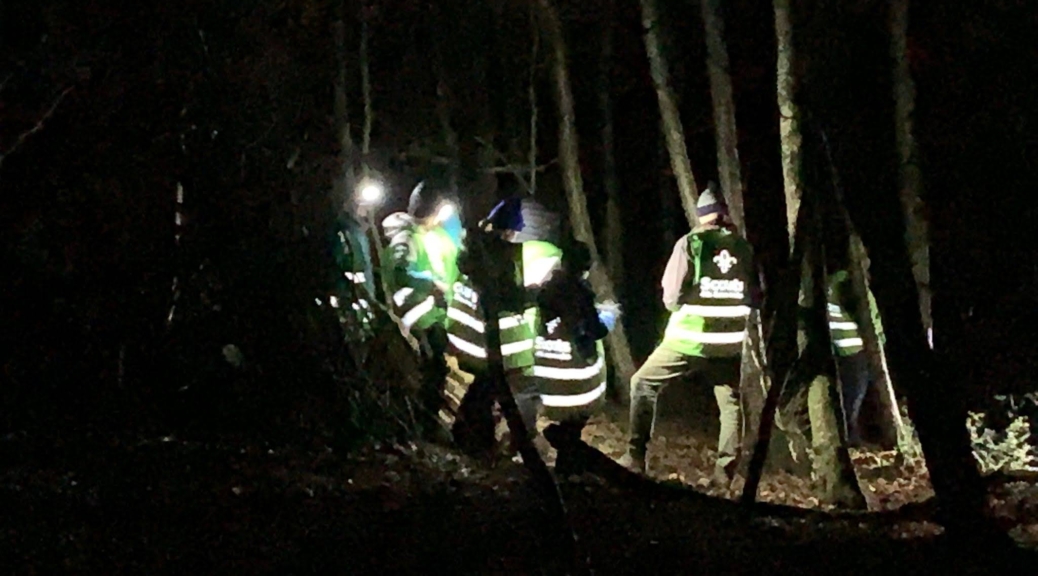 Both Swift and Chapman troop tested their night-time navigation skills with a treasure hunt in Oldbury Hill Woods this week.

The scouts were given some written instructions on which way to go including a list of bearings. They had to locate all the control-points and stamp their card at each. 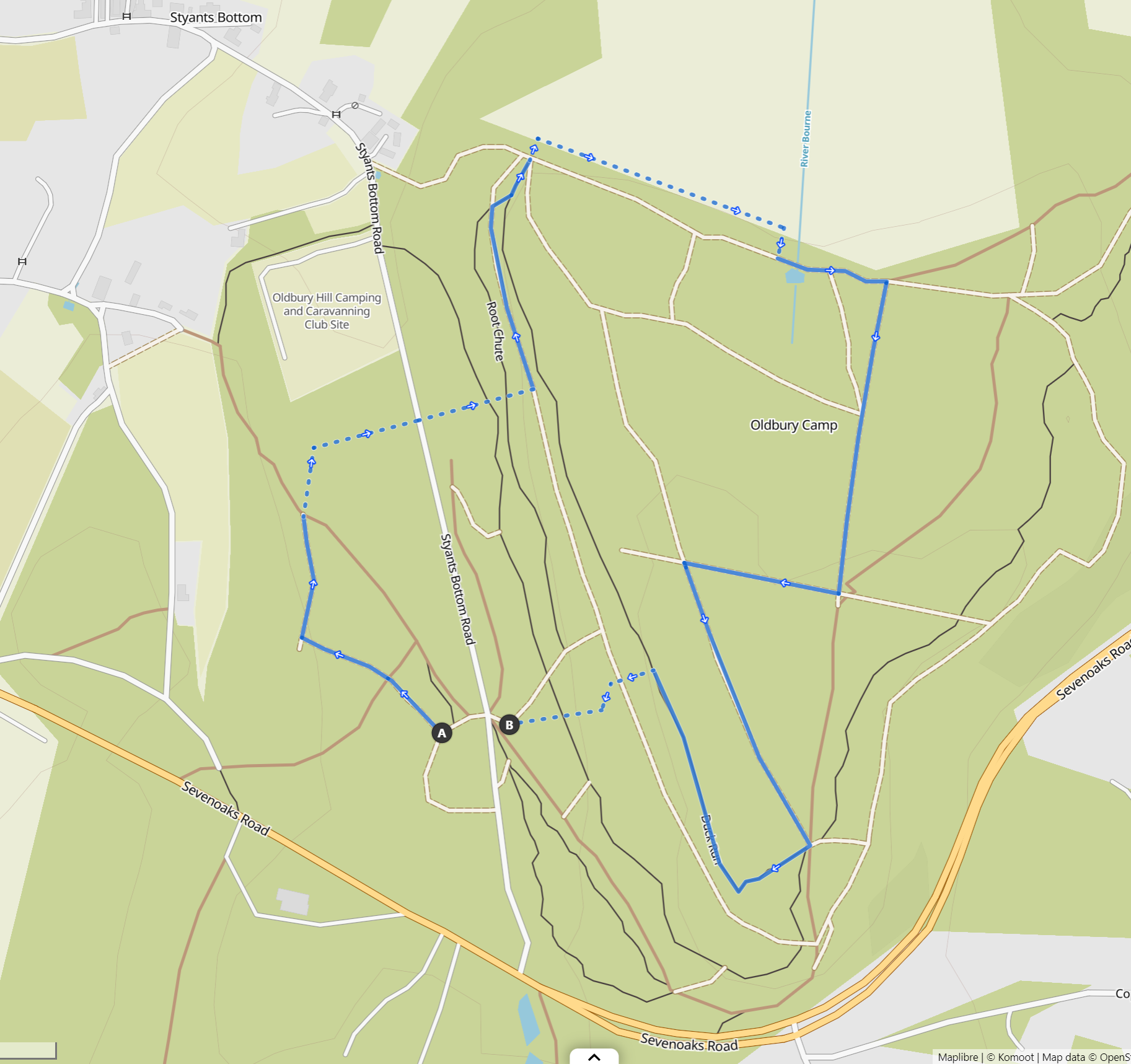 The Swift leaders were pleased that all scouts successfully made it back to the final control point in time for a quick game.

Chapman tried their hand at it the following Tuesday, and, apart from one team who took their own path, they all made it round. The Chapman leaders also had the presence of mind to take some photos! 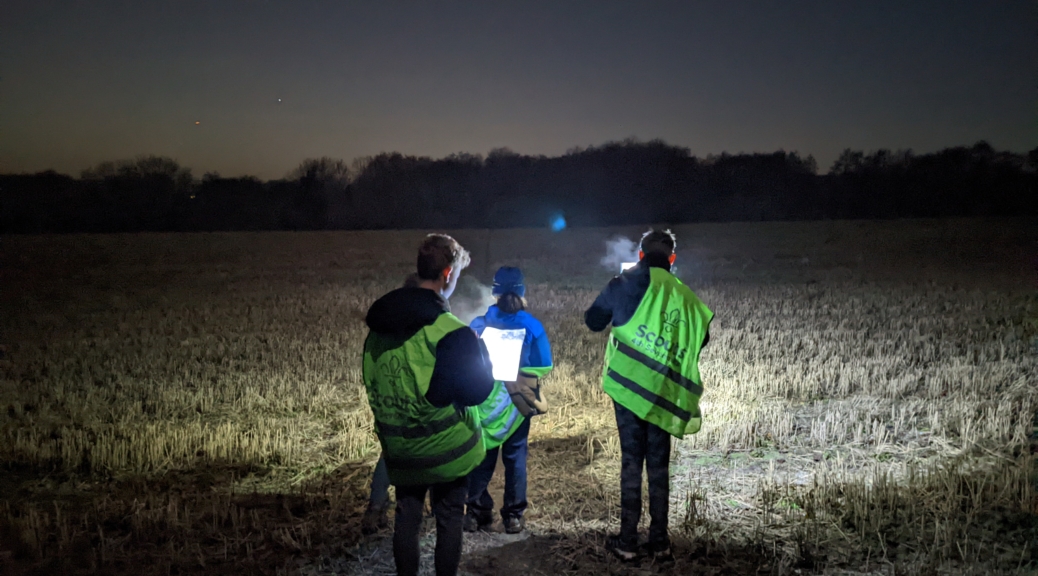 Chapman and Swift Troops both went hiking for chips this week. 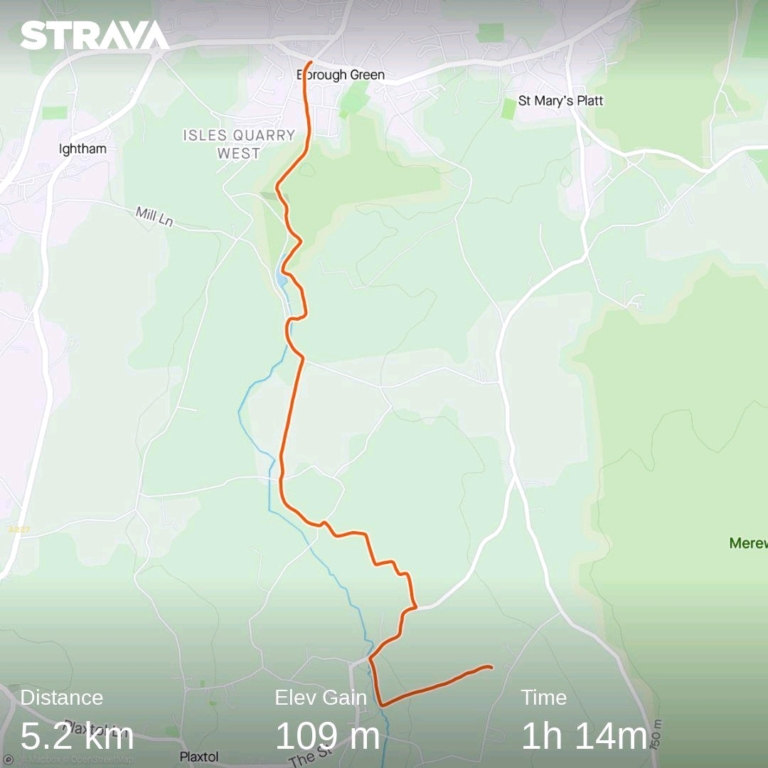 The walk on Tuesday was difficult, early delays in leaving together with fog and rain turned it into a bit of a slog, however on Friday the weather was fantastic, with clear sky, full moon and slightly frosty underfoot.  Scouts walked in small groups doing their own navigation with everyone getting to the chip shop on time and some even (deliberately) choosing more adventurous routes!

Thank you to all the leaders, helpers and parents that were involved in the hikes. and to Four Wents Fish Bar in Borough Green 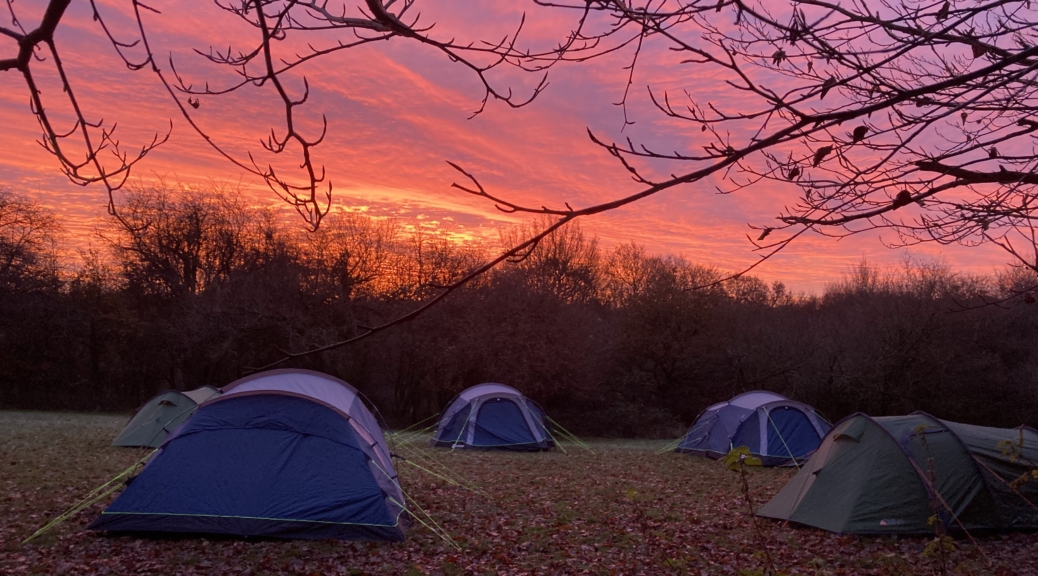 Both scout troops have been away on Christmas Camp, which was held at Waylands Scout Camp nr South Street.

We tried out two battery powered spit-roasts which we fitted to our altar fires for the first time.  We gave them a work out with Turkey for the Christmas dinner on Saturday and roast pork in a bun on Sunday.

Apart from eating we managed to fit in some seasonal activities

We also managed to invest two new scouts! but we forgot to take photos